You are at:HomeMetal Mining and ChemicalsRising Consumer Health Awareness Expected to Bode Well for the Global Acesulfame Market: Ken Research

Artificial sweeteners and additives have become a part of the modern diet across the globe. Their ability to enhance the flavor and simultaneously reducing calorie intake has resulted in soaring the demand for these sweeteners as sugar substitutes. Acesulfame K is one of the major artificial sweeteners that is widely used. It has been used in food and beverages around the world for 15 years. Acesulfame potassium is made by transforming organic acetoacetic acid and combining it with the naturally occurring potassium, to form a highly stable, crystalline sweetener. 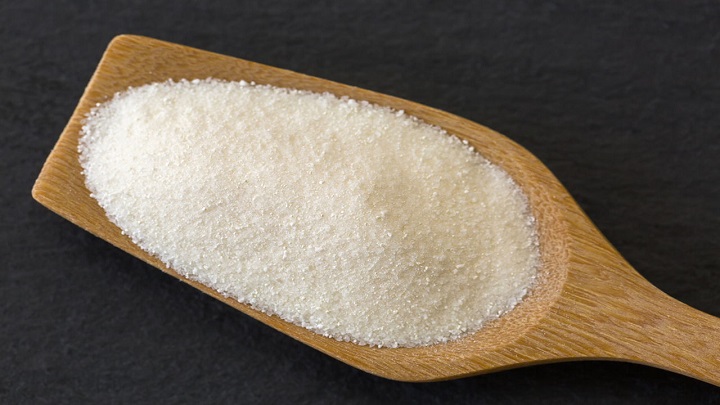 As acesulfame k has been approved safe by the FDA and WHO, it is gaining traction in cosmetics and pharmaceutical markets as well. The increased demand has caused the emergence of new companies in the market. According to the study, ‘Global Acesulfame Market Status (2015-2019) and Forecast (2020-2024)’, the key companies in the global market are Niutang Chemical, HYET Sweet, Cargill Incorporated, Ajinomoto, Hermes Sweetener, Ingredion Incorporated, The NutraSweet Company, Foodchem International Corporation, Yamei aspartame, Jishan Group, Guanghui Biotechnology, Sinosweet, and Huaxing. Leading market players, with innovations in the product, are expected to dive into the pharmaceutical industry to grab new opportunities in the landscape.

Based on market type, the major industries of Acesulfame K are Food and beverage industry,

Pharmaceutical Industry, Feed, and Cosmetics. With nutritional studies filled with hazards of sugar and its contribution to various lifestyle diseases, acesulfame is extensively used in the food and beverage industry. The sector accounts for more than half the revenue in the global acesulfame market. However, the pharmaceutical market is predicted to emerge as a prominent consumer for acesulfame k in the coming years.

Based on product type, the market is segmented into food grade, pharmaceutical grade, and feed grade. Sky-rocketing sales of sugar-free drinks remain as a driving force for the increasing demand of acesulfame in the beverage industry. However, with its increased usage in baked and confectionery products, manufacturers are expected to diversify their product range to suit the changing demands.

The surging demand for acesulfame potassium is because of the instabilities in price and supply of sugar generating prospects for other sugar substitutes. Today’s health-conscious population prefers low-calorie food options, and with extensive sugar intake being considered unhealthy, the demand for artificial sweeteners like acesulfame k has been sky-rocketing. However, its main ingredient ‘sulphur’ being known as an allergen, might prove as a restraint on the soaring demand. Other than this, the development of bio-based additives might act as a hindrance as well.

Still, the sweetener has been used in a variety of food and beverage products in the US since 1988. With the young population, making healthier food choices than ever, the demand for acesulfame is evidently high in the Asia Pacific region. The region is expected to create profitable sales opportunities for artificial sweeteners manufacturers in the coming years. The region of MIddle-East and Africa is expected to witness moderate growth due to the sluggish food & beverage industry growth in these regions during the forecast period. On the other hand, the region of North America and Europe is predicted to witness moderate growth owing to the mature pharmaceutical and food processing sectors.

The global acesulfame potassium market is forecasted to gain a lot of popularity owing to a wider range of applications in various industries including bakery, food and beverage, cosmetics, and pharmaceutical. The key players are predicted to tap the market potential in developing countries.