What is the Current Potential of India Bricks and Blocks Market?

Clay Brick, Fly Ash Brick, AAC block and concrete block industry forms the backbone of the booming Indian construction sector. India is the second largest brick manufacturer in the world after China. Indian brick industry is almost entirely unorganized and characterized by the presence of large number of small scale manufacturers which compete with one another at the regional level.

Bricks and blocks industry in India has recorded considerable growth over past few years, driven by the growth in infrastructure and construction activities. Moreover, India’s rising population, increase in per capita income, improved economic growth, industrialization and rapid urbanization has augmented the growth prospects of blocks and bricks industry.

India follows the traditional method of brick making and it is reported that India has more than ~ registered clay brick kilns which satisfy the annual demand of more than ~ billion bricks. India’s red clay brick industry uses conventional firing techniques, a process which is highly labor intensive and has fuel requirement, and is dominated by small scale brick kilns. As a result, environmental concern has become a big issue as traditional method consumes fertile soil (600 million tones of clay annually), consumes a lot of energy and emits greenhouse gas which has led to the demand for green building materials.

Several new eco-friendly substitutes of clay bricks such as fly-ash bricks, AAC blocks and concrete blocks which are manufactured using 70-75% of fly ash (a waste from coal based thermal plants) have gained a lot of traction in the Indian market. AAC blocks are the recent entrants to the market and accounted for around ~% of total brick and blocks market, with ~ manufacturing plants in the country as of FY’2019. 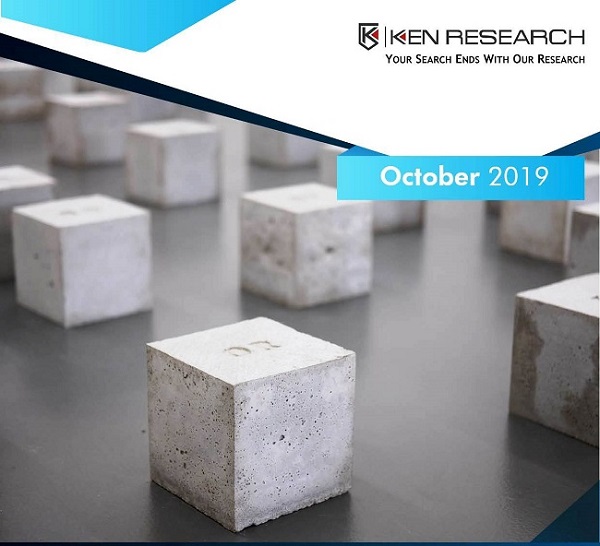 By Type of Bricks (Clay Brick, Fly Ash Brick and Concrete Block): In India’s brick industry majorly three types of bricks are available: clay brick fly ash brick, and concrete block. As of FY’2019, clay brick was the most widely sold product category with approximately ~% market share in terms of revenue followed by concrete block (~%) and fly-ash bricks (~%). Clay brick had the highest market share as it is being traditionally used since ages and is readily available in the market with total of around 145,000 brick kilns across India as of FY’2019. Moreover, people have low awareness about the new category of bricks such as Fly Ash bricks and usually have been observed to opt for clay bricks in most construction works.

By manufacturing process of clay Brick (Zig-Zag, FCBTK, Others): Conversion from FCBTK, Clamp and others techniques to Zig-Zag was observed in order to reduce coal consumption and air pollution through government regulation. Hence, Zig-Zag technique accounted for producing almost ~% of the clay bricks manufactured in the country annually in terms of revenue, followed by FCBTK which had ~% market share in terms of revenue in FY’2019.

By Concrete block type (Solid, Hollow, CLC and RMC): Concrete block can be further segmented as solid, hollow, CLC and RMC. Solid block is the market leader followed by hollow block with market share of ~% and ~% respectively in terms of volume, as of FY’2019. Solid blocks are commonly used to build load bearing walls due to its density and compressive strength of 5 Newton/meter square which is much higher than other types of concrete blocks. Whereas, hollow blocks were the second most preferred concrete blocks in India with a market share of ~% in terms of volume. They have better insulating properties, more durable, easier to install electrical and plumbing fixtures. Hollows blocks are used as outer or inner walls in high rise buildings to reduce the overall dead load of the building. CLC and RMC occupied ~% and ~% of the market share in terms of volume, respectively in FY’2019.

What Is The Competition Scenario In The India Bricks Market?

In India, the brick industry is unorganized in nature and has very few large organized players. These players basically operate in regional level within the radius of 100-150 km due to threat of breakage and higher freight cost. During FY’2019, around ~ clay brick kiln and around ~ fly ash brick manufacturing plants operating across India. In this market sales is more dependent on the margin companies gives to the dealers rather than the advertisement and marketing done by the company because the major sales depends on how dealers convince the buyers of the products because in this segment customer is not much aware about the products so they believe on dealers only.

In case of industry or institutional buying, the tenders are issued by government or private organization and bidding is done by the manufacturers and if direct institutional buying is done from the company then middle man plays an important role in finalizing the deal. Also, manufacturers keep close connections with contractors, builders and architects for direct selling of the products.

By Manufacturing Process of Clay Brick (Zig-Zag, FCBTKs and Others)

By Application Type (Residential and Non-Residential)

By Number of Bricks