The roll-out programme for eVisas in South Africa along with the low exchange rate for rand is expected to make South Africa a thriving tourist destination for foreign travelers in the future, thus expanding the car rental industry too.

The country’s population, number of smart phone users and internet usage penetration are on a constant rise. All these factors are expected to improve demand for app based taxi. The need to integrate Bus Rapid Transit (BRT) systems better with other public transport systems, including municipal buses, minibus-taxis, metered taxis and e-hail services presents a huge growth opportunity for the car rental and taxi industry in the country as it would help to greatly expand the number of people benefiting from investment in public transport.

The high prices of vehicle installments, vehicle parts and maintenance costs have cut the profit margins for the taxi operators and made it difficult to sustain business especially as they get no operational subsidy from government.

High competition among existing companies has cut the margins to below sustainable level. Metered taxi drivers face fierce competition from e-hailing taxi services which are severely affecting the formers business due to the low prices they offer. High cost of fuel and its continuous escalating price is a key issue for the car rental business and has passed on to the commuters in the form of high prices. Both driver and rider safety are major concerns in South Africa and illegal operators in the industry have contributed to violence in the industry. 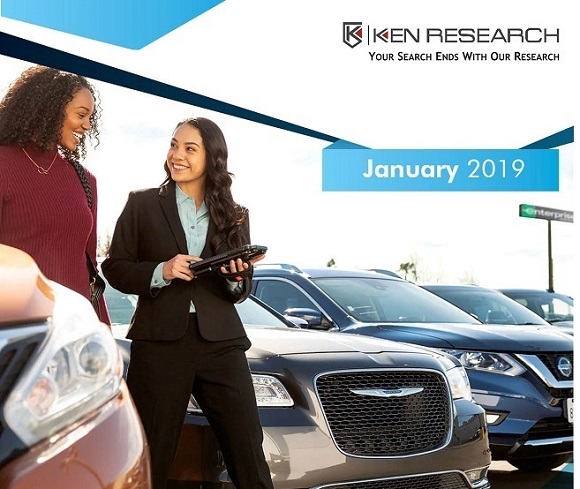 South Africa Cab Aggregator market is highly concentrated with the presence of two big players constituting majority of the market. Uber was the market leader followed by Taxify. The major players competed in the market on the basis of price, commission charged, ease of availability, waiting time for customers, training of drivers, value added services offered, app design and user interface and promotional activities and offers.

The future outlook of the car rental and leasing industry is positive. Utilization of rental and leased vehicles for executing jobs in app based taxi market, increase in tourism in the country due to the roll-out programme for eVisas in South Africa and the low valuation of Rand, rising number of middle income families and the improving economic scenario are some key factors that are expected to drive the market. The percentage share of offline bookings in the car rental and leasing market will constantly decline and by 2023, online bookings are expected to have the major share in the market. In the long run, logistics and courier companies are expected to continue to be the major end user, followed by the mining company executives.

The market size of the online cab aggregator market is expected to augment at a positive CAGR for the period 2018- 2023. The huge drop in the growth rate is expected as even though the online cabs have been expanding at a tremendous rate till now, they are expected to reach a saturation point in the near future. Their growth will also be restricted by the low paying capacity of most of the people in the country. In the long run, it is expected that market will be largely dominated by two or three players only. The number of rides is expected to register constant growth as companies expand their presence to more cities. The online cab aggregator companies may also introduce the concept of share rides in the country, which is already functional in more developed markets around the globe.

By Type of Booking:

By Type of End Users: