You are at:HomeAutomotive, Transportation and WarehousingGermany Used Car Market is expected to reach about EUR 105 Billion in Gross Transaction Value (GTV) by 2023: Ken Research 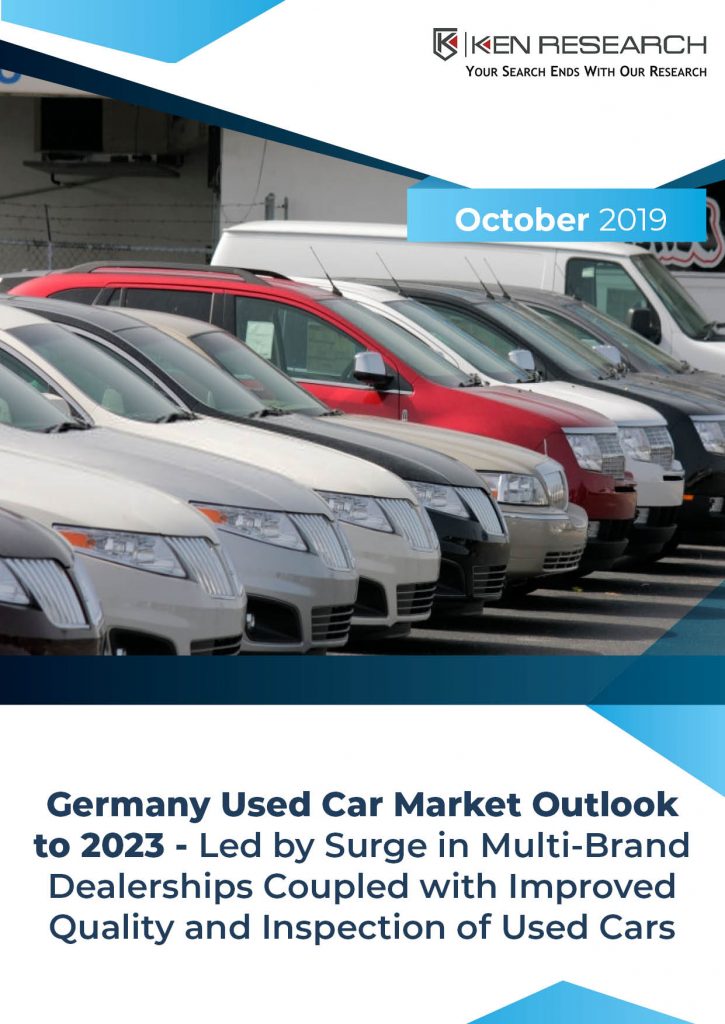 The used car sales in terms of volume is expected to increase in the future thereby, growing at a positive CAGR of 1.3%, due to increased penetration of the companies in the online portals for lead generation.

The government of Germany is planning to entirely ban the diesel and petrol cars in the country by 2030, which has lead to a falling new car sales and older used cars. The customers have shifted towards the younger used cars until the electric cars take over the market.

Surge in Demand of Used Cars in Germany: The used car industry is anticipated to grow in the next few years owing to the fall in the new car sales due to the ban on the diesel and petrol cars. The German population in not wholly ready to accept the electric vehicles, which will contribute in the growth of the used cars market. The surge in the adoption of car financing and insurance options at the used car dealerships in Germany will lead to a significant growth in the used car market. Whereas, the country would be witnessing a growth in the used car dealerships, leading to an increased availability of used cars for the customers. It is anticipated that the SUV’s would see a growth in the future, whereas the  MPV’s/Sedan would see a downfall in the future as they are considered as outdated and out styled in Germany.

Adoption of Buy Sell Model: The Germany used car market was observed to have different sourcing channels of the used cars such as Buysell, Parksell and Trade-in.

Rising Competition: Used car market in Germany was observed to be fragmented with large number of organized and unorganized used car dealers in the country. The used car industry is anticipated to witness a large number of used car dealers in both the organized and unorganized used car industry owing to the growing demand of the customers. Some of the major players in the organized market includes Gottfried-schultz, wellergruppe, AVAG Holding and some of the major players in the unorganized market includes Fahrzeug -werke LUEG AG, Auto Empire Trading and others. The rising competition in future would result in few challenges such as consumer uncertainty which will result downward pressure on new car registrations and also declining trust factor among the customers owing to the larger number of used car dealerships available to choose from.

Analysts at Ken Research in their latest publication “Germany Used Car Market Outlook to 2023 – Led by Surge in Multi-Brand Dealerships Coupled with Improved Quality and Inspection of Used Cars” believe that the used cars industry in Germany has been growing owing to the entrance of new used car dealerships in the country, better services provided by the dealerships such as car financing, insurance, inspection and others, rising number of online used car companies and others. The market is expected to register a positive CAGR of 1.3% in terms of sales volume of used cars and 4.4% in terms of Gross Transaction Value (GTV) during the forecast period 2018-2023F.

By Type of Market Structure:

By Year of Ownership:

By Type of Used Cars: