You are at:HomeFood Beverage and TobaccoDairy ProductsRise in Health Awareness among the Individuals Anticipated to Drive Global Evaporated Milk Market over the Forecast Period: Ken Research 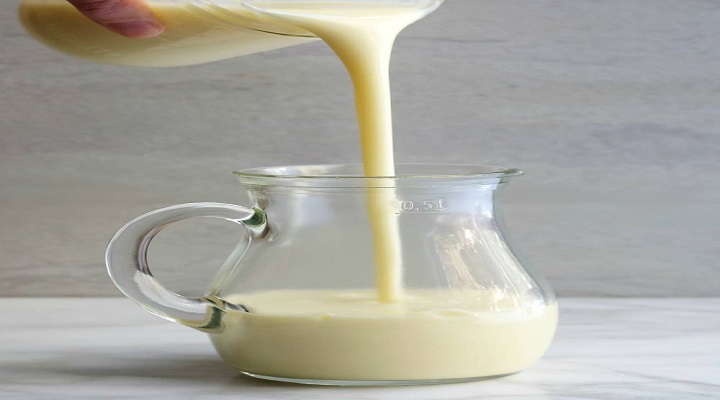 Evaporated milk is a shelf-stable canned milk product with approximately 60% of the water removed from fresh milk. It is also known as unsweetened fresh milk. It integrates well into béchamel sauce, gravies, soups, and quiches as it has a creamy taste without sweetness of condensed milk. It provides nutrients required for healthy bones: calcium, protein, vitamins A and D. It is sold in cans. It comes in skim, 1%, 2% or standardized (3.25%) versions. Skim, 1% and 2% versions are all lower fat choices.

The evaporated milk market is driven by increase in demand for beverages, followed by rise in health awareness among the individuals, change in lifestyle & consumer buying behavior and rise in disposable income of the individuals. However, fluctuations in the price of the upstream product may impact the market.

Based on geography, the North-American and European regions hold major share in evaporated milk market owing to growth in demand for dairy products with low sugar & fat content and rise in consumption of evaporated milk as an alternative to regular kind in tea & coffee in the regions. The Asian-Pacific region is anticipated to witness higher growth rate due to increase in population, rise in awareness & growth in urbanization, and surge in food industries over the forecast period.