You are at:HomePublic Sector and AdministrationGlobal Government Spending To Multiply; Leading to Economic Success: Ken Research

The government spending sector caters to the total amount of public sector expenditure at any sort of level, be it central government, local government etc. It is mainly segmented into the following segments: defense, education, social protection, healthcare, and other.

The industry research report titled, “Government Spending Global Industry Guide 2017-2021” offers top-line qualitative and quantitative summary information well including: market size (value 2012-16, and forecast to 2021) for overall government spending. It also entails descriptions of the leading players along with significant financial metrics and analysis of competitive pressures within the market. Thereby, this guide proves out to be an essential resource that carries out data analysis of the global government spending market via textual and graphical analysis of market trends etc. 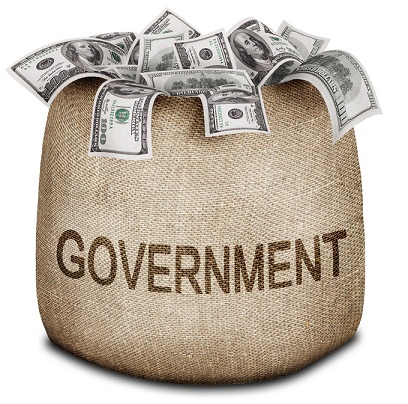 Government spending across the world has been considered to be a very sensitive issue in many countries wherein the results of other industries are accordingly influenced owing to the levels of government expenditure. Government spending is a large scale process and thereby either directly or indirectly impacts various industries of any nation. Such spending are also done on general public services, public order and safety, economic affairs, environmental protection, housing and community amenities, and recreation, culture and religion, etc. which accounts for the ‘others’ segment.

According to statistics, the global government spending sector has had total revenues of about USD 28,354.1 billion in 2016 and showcased a CAGR of 3.8% wherein the social protection segment was the industry’s most lucrative segment with total revenues equivalent to 31.5% of the overall value. Moreover, it was noted that Europe had been the largest contributor to this industry, reckoning for more than a third of spending in 2016. These trends are further expected to ameliorate in the coming years; leading to a holistic developmental success for this industry.

Lately, it has been observed that the government has commenced to plunge in capital into several infrastructure projects and consequently, companies in the construction sector are currently witnessing an upturn in the overall investor confidence. Thus, this industry plays a very crucial role in generating economic progress globally since it happens to be a well connected factor that aids in stimulating the market demands for various industries.

Even, on proper scrutiny, it has been revealed that the roles and size of governments around the world have changed drastically over the years and as a result, it has also managed to augment the global public spending since 20th century in early-industrialized countries and is further expected to bolster the cumulative spending as the governments are foreseen to begin spending more resources on segments involving social protection, education and healthcare as the years roll by.

Geographically, the government expenditure in countries having high incomes has obviously been higher when compared to those countries with low incomes and it has been noticed that nowadays, the spending by government is influenced to a large extent by the private sector since they are relying much more on the ability of this sector to come up with innovative goods and services and at the same time, manage them efficiently. Thus, these public-private partnerships (PPP), in particular, have managed to become an increasingly popular mechanism for governments to finance, design, build and operate infrastructure projects lately and in the long run, these partnerships are envisioned to engender registration of massive revenues in many global industries by 2021.

Not only this, even where the growth in government spending is discovered to be less such that it develops but at a decreasing rate year after year; the economic scenario in such cases is all set to continue improvements in the coming years with adequate support from the government.

To know more about the research report: