The global carpooling market is expected to decline from USD 19.82 billion in 2019 to USD 16.10 billion in 2020 at a compound annual growth rate (CAGR) of -18.77%. The decline is mainly due to economic slowdown across countries owing to the COVID-19 outbreak and the measures to contain it. The market is then expected to recover and reach USD 29.70 billion in 2023 at CAGR of 22.65%. 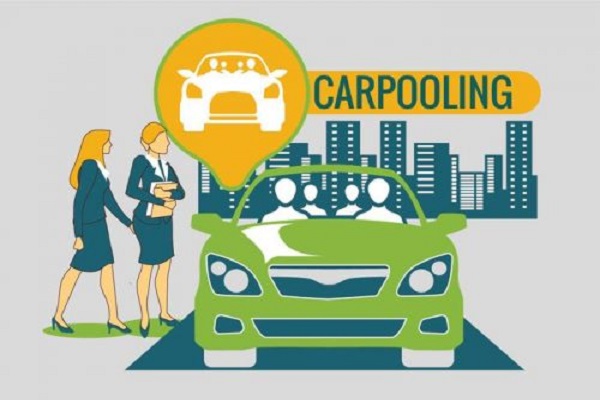 The carpooling market consists of sales of carpooling which is also known as shared mobility is the most technologically advanced transportation system that enables users to book a short distance ride as and when needed. The sales consist of revenues generated by establishments that are primarily engaged in the booking of the car by online carpooling platforms and app-based carpooling.

North America was the largest region in car pooling market in 2019.

Automobile manufacturers are increasingly venturing into mobility services to cater to the growing demand for car-pooling services. For instance, major automobile manufacturers, namely BMW and Daimler have merged their car-sharing ventures to expand geographically in 2018. Similarly, in February 2020, Tesla announced plans to launch ride-sharing application. Automakers investing in carpooling applications will contribute to the growth of the market.

The car pooling market covered in this report is segmented by type into online carpooling platforms, app-based carpooling. It is also segmented by application into businesses, individuals, schools, others.

Complex policies of different countries are anticipated to limit the expansion of the carpooling industry during the next coming years. Stringent policies encumber the businesses and bounds the carpooling players to function smoothly. For instance, in 2019 the Government of India (GOI) enforced guidelines to ensure that carpooling is a no-profit no-loss service in order to help the citizens with Odd-Even policy that has been introduced to reduce the carbon emission. The transport ministry of India issued guidelines for private car owners for ride-sharing, which mandates the KYC for users and limits the maximum number of rides taken per day to four. Therefore, the government guidelines drafted by various countries are projected to act as a major restraint for the growth of the carpooling market during the forecast period.

In June 2018, BlaBlaCar, a French online marketplace for carpooling acquired Beepcar for undisclosed amount. BlaBlaCar committed for a partnership to promote its carpooling services through Mail.Ru’s various platforms, which include social networking sites, instant messaging, search engines, and ecommerce portals. BeepCar is the online service of search of fellow travelers on automobile trips developed by Mail.Ru Group.

Government initiatives to minimize the carbon emissions is likely to drive the carpooling market. Major metropolitan cities have traffic congestion with increase in the vehicle density on the roads, increasing the carbon emissions. For instance, cities such as New York, Seoul and Shanghai are among the top 10 cities with highest carbon foot print. In an attempt to curb the emission rates, governments and companies are encouraging car pooling to commute in the cities. In the Paris Agreement on Climate Change, countries have set determined targets for carbon footprint reduction by 2030. For instance, the Delhi government in India has introduced odd-even scheme to control the traffic density and keep a check on the carbon emission in the city. Corporates such as Amazon, Infosys are also encouraging car pooling to commute to workplaces to reduce the congestion and air pollution. The initiatives to keep a check on carbon emissions thereby contribute to the growth of the market.