You are at:HomeManufacturing and ConstructionIndustrial EngineeringMobile Cobots Market Size Is Expected To Record A Positive CAGR Of ~ 20% During The Forecast Period (2022-2028) – Ken Research

According to Ken Research estimates, the Global Mobile Cobots Market –grew from ~US$ 500 million in 2017 to ~ US$ 1,000 million in 2022 – is forecasted to grow further into ~ US$ 3,000 million opportunity by 2028 and is expected to record a positive CAGR of ~ 20% during the forecast period (2022-2028), due to its small size and low cost. These robots can perform a variety of tasks with high efficiencies, such as carrying materials and parts, and performing assembling and disassembling in some major industries like automotive, agriculture, electrical and electronics etc. 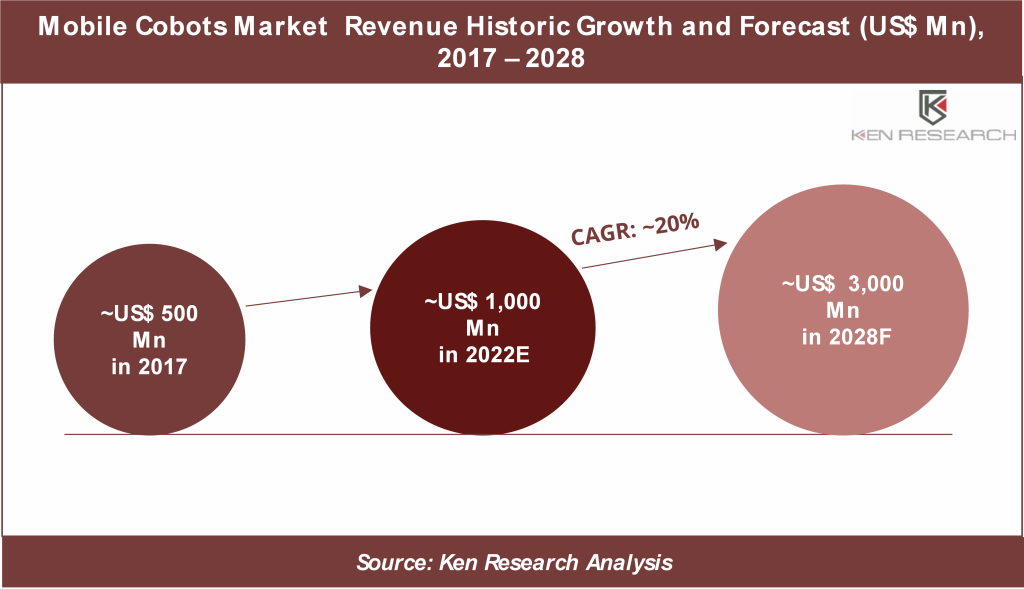 By Component:  Hardware component held the largest market share in the global Mobile Cobots Market in 2021, due to its ability to work with high efficiency and provide a safe working environment.

By Application: The material-handling segment accounted for the majority share of the Mobile Cobots Market in 2021, due to an increase in the adoption of Mobile Cobots in warehouse automation.

By End-User: The electrical & electronics segment held the largest market share in the Mobile Cobots Market in 2021.

By Geography: The Asia Pacific accounted for the world’s largest market for mobile cobots in 2021. 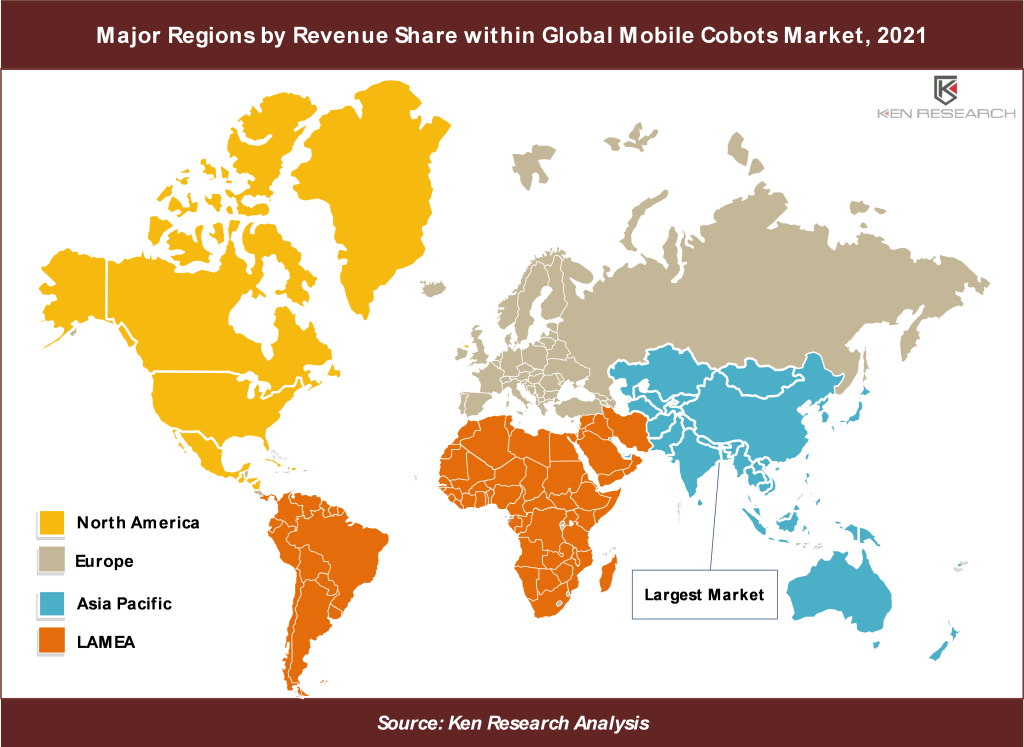 The leading global specialist companies such as Yaskawa, Fanuc, Kawasaki, Mitsubishi, and Omron are highly focused on providing significant Cobots for various applications that can be used across multiple industries, including Automation, Electrical and Electronics, Healthcare, and Pharmaceuticals, and more. 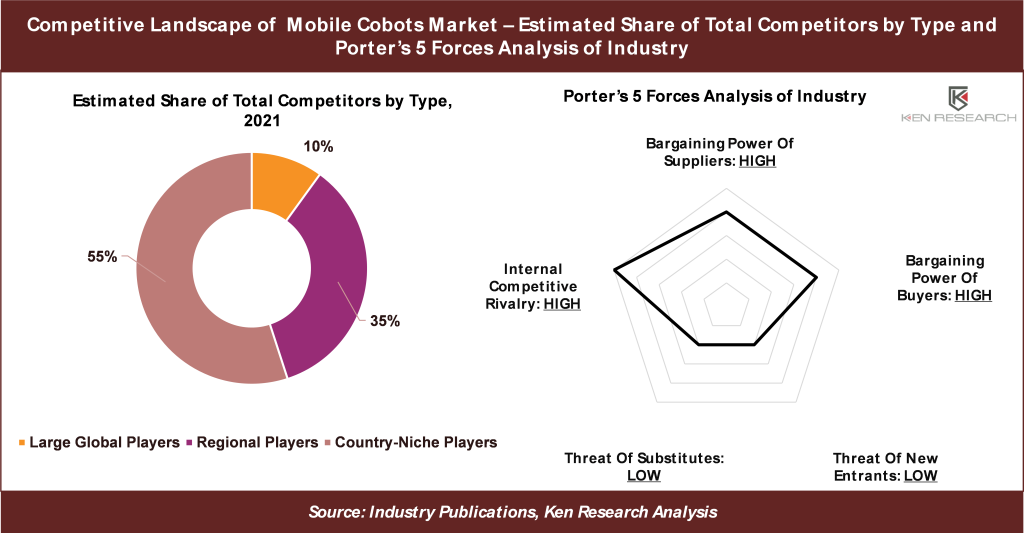 The Mobile Cobots Market is forecasted to continue with significant double-digit growth of ~20%, which is notably higher than what the industry witnessed between 2017 and 2021. Multiple industries are now switching to Mobile Cobots from traditional Industrial Robots as they provide the same efficiency at low cost and take up less space in manufacturing units. Though the market is highly competitive with ~250 participants, few global players control the dominant share and regional players also hold a significant share.

Note: This is an upcoming/planned report, so the figures quoted here for a market size estimate, forecast, growth, segment share, and competitive landscape are based on initial findings and might vary slightly in the actual report. Also, any required customizations can be covered to the best feasible extent for Pre-booking clients and report delivered within maximum of 2 working weeks.

For more information on the research report, refer to the below link: