The global virtual reality devices market is expected to decline from USD 4.76 billion in 2019 to USD 3.99 billion in 2020 at a compound annual growth rate (CAGR) of -16.0%. The decline is mainly due to economic slowdown across countries owing to the COVID-19 outbreak and the measures to contain it. The market is then expected to recover and reach USD 1087 billion in 2023 at CAGR of 39.62%. 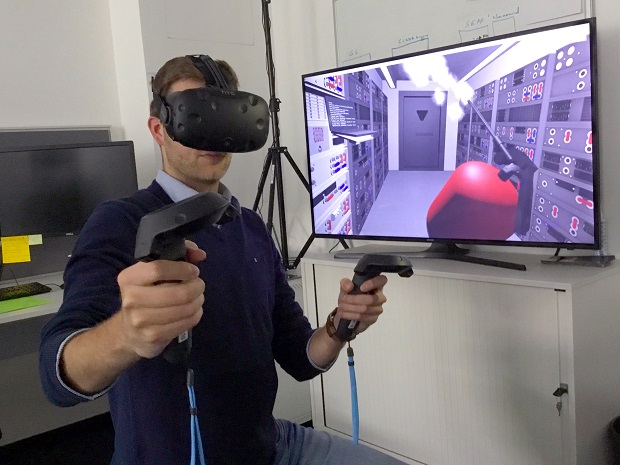 The interferences in demand and supply chains caused by COVID19 lockdown are to act as major restraint hampering the growth of the virtual reality market during 2020. According to the World Trade Organization (WTO), the coronavirus represents unprecedented disruptions to the world trade and global economy, as consumption and production are scaled backed worldwide. Moreover, according to Media Post’s news published in March 2020, the shipments for virtual reality headsets are expected to record a decline of approximately 17% during 2020, owing to disruptions in the supply chain caused by COVID19 lockdowns. Hence, the disturbances in demand and supply chain are to act as a major factor to contribute to the declining shipments for virtual reality devices during 2020.

In September 2019, Verizon announced the acquisition of Jaunt XR, a California-based company’s software, technology, and certain assets for an undisclosed amount. Through this acquisition, Verizon plans to develop and built new leading-edge software combining with Jaunt XR. Jaunt XR was founded in 2013 and deals in developing hardware, virtual technology, software, apps, and tools that enable consumers and brands to make high-quality virtual reality (VR) content. Jaunt XR is focusing on developing volumetric video capturing of human for supply on social media channels and mobile devices.

Rising demand for virtual reality devices in changing the traditional way of imparting safety trainings to employees is expected to drive the virtual reality devices market. Virtual Reality provides an effective and safe training environment for the employees in an organization. Traditional training method fail to recreate real time crisis scenarios while VR trainings create the real time crisis scenarios which helps a person to respond in a similar way to that of real time situations, thus providing effective and safe training to staff. It has resulted in fewer mistakes and better information recall than traditional trainings. For example, Ford uses virtual reality which simulates real-life situations to train its staff in a more receptive and effective way than training theoretically.