Turkey is moderately concentrated with a presence of ~ banks with ~% market share and other handful of banks which do not have a dedicated cards business. The turkey cards and payments market is segmented in debit and credit card. Market has fierce competition, i.e., the credit card players have been highly competitive and experimental in product offerings and follow business strategies to expand their reach to untapped audience and retain existing clients. Major existing players have observed brand loyalty due to the dedicated services offered over the period of time. The latest market entry was back in 2016 with troy card, which is a nation payment scheme and now has tied up with ~ banks which are offering troy logo cards.

The number of credit cards in circulation is anticipated to grow to ~ million by 2023E. The number of credit card transactions is expected to grow from ~ million in 2019E to ~ million by 2023E. The credit card transaction volume is expected to reach TRY~ billion by 2023E from TRY ~ billion in 2019E. The credit card operators and issuers can increase their member merchant network which will enable the card holder to make transactions which are benefit motivated. These benefits can be in term of monetary benefit / reward point program where in the reward points earned can be redeemed on future transactions. More dependence on credit debt in the coming years will be a major driver for this market with young population being the major card holders due to their tech savvy lifestyle.

Debit cards are preferred over credit cards in Turkey, with ~ debit cards per capita, compared with ~ credit cards per capita. When it comes to a preferred card brand with which to shop online, Turkish consumers tend to treat ~ and ~. At present, cash retains a small but not insignificant role in online E-commerce payments, taking ~% of all transactions. This is likely due to the ongoing availability of cash-on-delivery payments in the country. However, the government has indicated its desire to phase out the use of cash. The usage of debit cards has been steadily growing with the number of transactions increasing at a CAGR of ~% from 2014 to 2018. 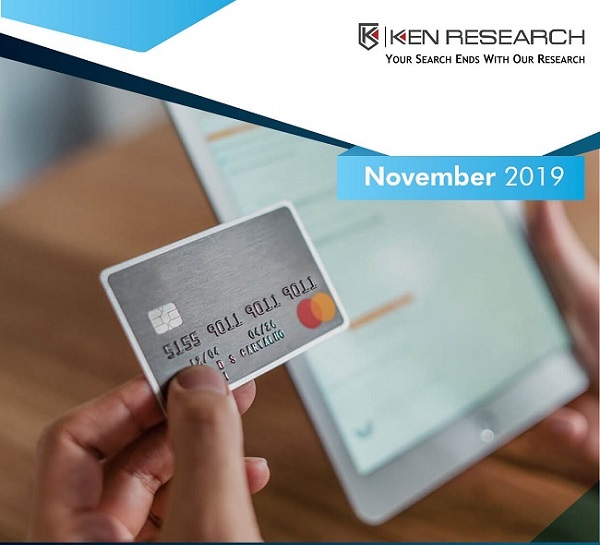 The volume of debit card transactions has been on a rise since 2014, as consumers prefer to pay directly by account rather than taking debit. The cardholders are switching to debit cards from cash when it comes to micro payments. The variety of goods and services available in small ticket size has contributed the most to the surge in volume of transactions in recent years, also some customers try to avoid the interest for debit and hence prefer debit cards. The volume of transactions has increased from ~ million in 2014 to ~ million in 2018. The four year CAGR has been ~%. The convenience of plastic money has contributed the most to the robust CAGR in previous years.

Debit card Transaction Value has shown an absolute increase of ~ % since 2014. In last five years the value of debit card transaction has close to double from TRY ~ billion in 2014 to TRY ~ in 2018. The reasons for such a robust growth are debit card reward program, substitution of hard cash use for micro payments, innovative technology integration in debit and debit card market. 2016 witnessed the maximum year on Year growth of ~% as the BKM introduced the National Payment scheme – TROY which penetrated the operator debit card market to the extent of ~ million transactions as of 2018.

It has been observed that the number of debit cards in circulation have increased from ~ million in 2014 to ~ million in 2018. The surge in the number of cards in circulation is approximately by ~ million which indicates the consumer prefer debit cards over cash. The debit cards issued has been on a rising trend at a four year CAGR of ~%. The year on year growth rate has been in the range of ~% to ~% in the last four years. In the last two years the growth rate has doubled at ~ % and ~% in 2017 and 2018.

Respectively, indicating the demand of debit card. The subscription has gone up and the cardholders are willing to spend more on debit in order to avail the benefits of reward program and other perquisites.

Debit card market within Turkey is fairly concentrated with a few banks. The banks are providing different types of debit cards having different features, technology and merchant tie-ups. The market is highly competitive and marketing campaigns is a very significant variable considered by all the players with a fair market share both in terms of volume and Transaction Value and number of cards in circulation. The Turkey debit card market is highly competitive as the players are highly prone to lose out the market share because of continuous technological advancement in the financial technologies leading to obsolescence of existing technologies. The players continuously develop new technologies and keep in increasing their network with member merchants in order capture more and more target audience.

Number of Credit card in circulation

Number Of Debit Card In Circulation

Turkiye Is Bankasi AS (Is bank)