You are at:HomeHealthcareDiagnosticsDiagnostic Laboratory Markets in India-A Healthcare Revolution in the Making: Ken Research

With COVID-19 causing a drastic change in industries, the health industry is also expected to see a considerable change. “Precaution is better than cure” is quite suitable for the Indian consumers as there has been a drastic shift towards preventive testing wherein individuals are now getting tested for diseases as soon as the slightest of the symptoms occur, helping the diagnostic laboratory market to grow further during this period.

In conversation with Dr. Kunal Sharma, Pathology Section Head- SRL Reference laboratory and Consultant Oncopathologist- Fortis Hospitals, Bangalore, we attempted to seek his opinion and understand his side of story to ‘India Diagnostic Laboratory Market’. Here are some excerpts of the interview: 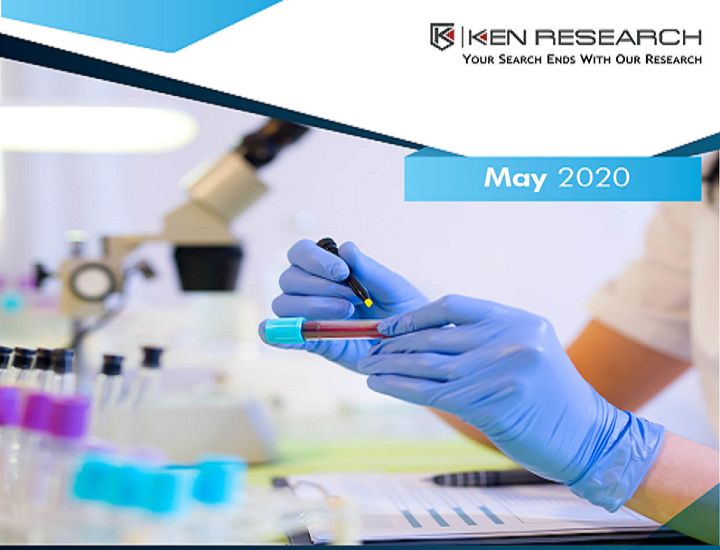 I have been heading the section of Pathology for SRL in Bangalore and also work as a consultant for Fortis Hospitals in the city. In addition, I am a part of the Covid Consultative Group (CCG), a govt. recognized task force composed of policy makers, doctors, lawyers, and other industry experts which reports to the Health Minister, CM and Central representative for the state of Karnataka, to deal with the management of COVID-19 in the state. I mainly specialize in Oncopathology and lead the centre of reference for Uropathology and Flowcytometry in Bangalore. As far as the diagnostic market is concerned, with regards to the recent trends, there has been emergence of a number of startups dealing in specialized testing, targeting only specific specialties and modalities. Besides the biggest national players such as SRL, Dr. Lal Path labs, Metropolis and Thyrocare, there are players like Medgenome, Oncquest laboratories and Core which are mainly into molecular diagnostics and oncology. The big three as I call them, namely SRL, Dr. Lal Path labs and Metropolis Healthcare Limited also have well defined segments of high end testing in their test menu.  In oncology, we are moving into the era of targeted treatment. Earlier the anti – cancer drugs would target all the rapidly growing cells in the body, causing side effects such as hair loss, nausea etc.  We are now focusing on targeted drugs which would target cells which harbour a specific mutation which is detected through molecular tests. This results in more specific treatment with lesser side effects. Tests such as FISH and NGS are being used to diagnose, prognosticate and determine treatment options for diseases.

The regulatory body for healthcare in India is NABL. Despite their constant efforts, the industry is still predominantly unregulated. There is lack of standardization throughout the rural and semi- urban areas. Even in molecular testing modalities like NGS, inter lab variations are a plenty. The testing protocols, kits and technical SOP followed by Lab A may not be the same as followed by Lab B resulting in discrepancies in the reports issued. For the general public, they would prefer a report from a well-established Lab like SRL as these labs put in a lot of research into their testing and have the highest accreditations like CAP and NABL ensuring most stringent quality practices. Also, the stakes for bigger labs are much higher and they cannot afford to have wrong results. Startups are mainly focusing on putting something in the market, before anybody else does, so they can create a niche for themselves and play a disruptive role in terms of pricing. But industry leaders have a bigger responsibility.

The market definitely has many unorganized players who are mainly focusing on increasing their valuation so as to sustain in the market. In order to gain momentum, they strive to lower their costs. Introduction of new tests at a cheaper rate is a common strategy used. The unorganized players are mostly concentrated in the tier 2 and tier 3 cities. However, there is still high dependence on the players which have a PAN India presence with a broad base of collection centers and franchisee labs.

Another change is in reporting regulations. In 2018, the Medical Council of India came up with a rule and the Supreme Court made it a mandate that all the lab reports including those under the scope of genetics will have to be signed by a MD doctor. I feel more than a technical stand point, this actually helps to regularize the reporting and prevent unregulated practices.

In terms of their contribution towards the overall market, 58% of the revenue would be from pathology and 42% from radiology. The pathology business is the first step towards testing and is highly scalable as blood samples can be easily shipped to a remote, centralized location attaining economies of scale. However, what we also need to keep in mind is that despite being a relatively more cut-based practice, something that still exists; the margins involved in radiology are higher. Having said that, both go hand in hand and one would not be able to survive without the other.

Standalone labs are the preferred choice because they would have a share of 47% followed by hospital based labs with 37% and diagnostic chains with 16%. Diagnostic chains have grown rapidly as they have a higher bargaining power allowing them to keep their input costs lower than standalone centers. They cater to walk-ins and also regular health checkups. Wellness and preventive health is becoming a major focus with urbanization. For a hospital based lab, they mostly cater to illness. Along with this, a majority of the hospital CAPEX would go into the clinical side.

With COVID, the scenario will surely change. From an industry perspective, what we need to understand is that a number of industries such as tourism and airlines have gone into recession. But for healthcare, it is here to stay. The way people treat life would change. Initially, the symptoms which were ignored would now be given more attention to. More preventive measures would be taken, which would help the diagnostic lab industry to grow. We are actively looking for a vaccine for the same. There are a number of institutes such as the Serum institute which is currently doing their research for a vaccine. Once a proper cure is available, we might be getting back to a normal life. I feel that by December or latest May next year we should have an answer to it.

Tier 1 and tier 2 cities would be in the lead. The urban population, which is ~28% of the country’s population, contributes up to 65% to the overall revenue of the diagnostics industry. Reference labs are mostly concentrated in the tier 1 cities where as tier 2 and 3 have collection labs or labs conducting routine testing. For high end testing, the samples are couriered to their reference labs. However, with the introduction of digital pathology, the model has been changing. For instance, the reference labs are facing heavy loads of sample and despite the large number of workforce; the sample size at times can be overwhelming. As a result strategies are developed through digital pathology platforms to get the pathologists in other labs to report these cases. Slides can be scanned and images can be sent to other labs where the reporting can be performed.

Like in India we have NABL, the US has College of American Pathologist (CAP) and they are also accrediting a number of labs in India. If we take the example of CAP, it mobilizes its members to directly lobby the Centers for Medicare and Medicaid Services (CMS) and the Department of Health and Human Services to give pathologists the workforce flexibility they require to manage the COVID-19 pandemic.

There are mainly two things that we need to look at. Firstly, approximately 75% of the expenditure on health is done privately in India. Majority of the population doesn’t have health insurance and even for the people who have it, it is mostly in the clinical sector and not for diagnostic. But what we also need to understand is that with high end tests entering the market like molecular and genetic testing some of which cost in thousands and lakhs, the cost is equivalent to the treatment of a less complicated disease. The other problem that lies is that for diseases like cancer, you cannot start the treatment until there has been an exact diagnosis of the same. These diseases have extremely specific protocols which can only be instituted once the individual has the complete diagnosis. And it is for the same reason; health insurance needs to have a broader prevalence in this segment. As of now, majority of the payment is through out of pocket expenditure.

Because of COVID, one thing is for sure, that a lot of small players would not be able to sustain in the market. We would be looking at a number of mergers and acquisitions. Along with this, diagnostics will play a major role in the lives of the people. Now is the time when the experts need to come together and have indigenous production of testing kits. Some of the top institutional investors are backing the diagnostics sector of the country and helping in investments. India is still behind in testing; however we have been able to do a decent job because our active surveillance system is extremely good. The primary health workers are focusing on contact tracing which has helped to keep the situation under control.

We at SRL focus a lot on principals such as patient care and doctor feedback. With the help of this, we actively take feedback on what kind of testing is in need in the market. Along with this, we on-board people who are best in the business and probably have the most detailed and robust research and development wing. This helps us to validate routine and high end tests with absolute focus on quality of testing and reporting. As industry leaders, we make sure; we keep improving and delivering the best in diagnostics. I will not be able to share any company specific information though, but all I can say is, you can expect the best from us, always!

“For me and many experts, the era of diagnostics in India has just begun. With exponential rise in cancer and infectious diseases like COVID-19, people will understand the need for accurate, proper and timely diagnosis.”

For any queries or feedback, reach out at namit@kenresearch.com